To share your memory on the wall of Barbara Rady, sign in using one of the following options:

Provide comfort for the family by sending flowers or planting a tree in memory of Barbara Rady.

Provide comfort for the family of Barbara Rady with a meaningful gesture of sympathy.

On August 17, 2020 Beautiful Barbara’s Brilliance* continued on her journey.

Over a year ago Barbara was diagnosed with ALS and courageously confronted the disease until her passing on that day.

On August 17, 2020 Beautiful Barbara’s Brilliance* continued on her journey.

Over a year ago Barbara was diagnosed with ALS and courageously confronted the disease until her passing on that day.

As part of her innate pursuit to help others, for the past seven months she had travelled to Montreal or Calgary on seven occasions participating in a double blind study assisting researchers toward finding a cure for ALS.

Born on January 27, 1942 in Winnipeg, MB. From the early age of 4 to well into her 20s, Barbara was enamoured with roller skating. She skated and danced and was a mentor to many other skaters at the Winnipeg Roller Rink.

Barbara subsequently moved to Vancouver where, for many years, she worked as a legal secretary, a profession at which she skillfully dedicated her expertise.

In 1980, with a dream of becoming a Registered Massage Therapist (RMT), Barbara packed up and drove in her VW van from the Pacific Coast to Toronto. With dedicated determination and study, she fulfilled that dream. Proudly, as a new graduate of Sutherland Chan School & Teaching Clinic, she returned to Victoria, diploma in hand.

With her usual unwavering passion and enthusiasm, Barbara pursued a career as an RMT for almost 40 years initially as a sole practitioner out of her home then later as a team member of the Massage Therapy Group in Victoria. During this time period for more than 15 years she excitedly and proudly annually volunteered as an RMT at the Vancouver Folk Music Festival. For a brief time Barbara had flown to Zanzibar, Tanzania where she provided Massage Therapy to villagers in the small community of Jambiani. Barbara consistently took upgrading courses always striving to become a more skilled and sensitive practitioner.

Barbara embraced life with a smile.

She was predeceased by her other sister Shirley who also succumbed to ALS.

Thanks to Dr. Hagen Kluge, Dr. Kristi Herrling at West Coast Family Medical Clinic in Sooke for their empathy and support.

Thanks also to the team at Affordable Cremation & Burial Ltd., Vancouver Island for their professionalism and empathy.

Because of COVID-19 issues there are no immediate plans for a celebration of life.

Should you wish, a donation may be made to the ALS Society of BC in memory of Barbara.

Receive notifications about information and event scheduling for Barbara

Print
Because of COVID-19 issues there are no immediate plans for a celebration of life. 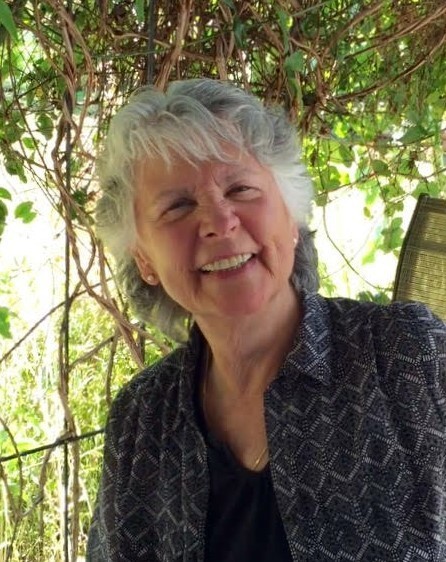 Donations are being accepted for: AMYOTROPHIC LATERAL SCLEROSIS SOCIETY OF BRITISH COLUMBIA.

We encourage you to share any memorable photos or stories about Barbara. All tributes placed on and purchased through this memorial website will remain on in perpetuity for generations.

Patient,curious, always open to possibility, I knew you when you were as sweet as summer rain, dear Barb, and as wise as the forest's favorite owl. Thank you for the time shared, working sided-by-side, and your kindness when first we settled, west-of-wherever, here on the coast.

I knew Barbara in the 1980’s in Toronto where we graduated in massage therapy in 1980 and again in Victoria. She was a pioneer in the massage therapy field and helped to lay the foundation of the strong profession that exists today. Her gentle soul and quiet, thoughtful, kind way touched many people. I send my sincere condolences to Grant and Barbara’s family.
Comment | Share Posted Sep 04, 2020 at 11:19am via Condolence
BB

My deepest sympathies go to Barbara’s family and friends. As an RMT of 30 years I so appreciate the RMTs like Barbara that paved the way and contributed to this profession. We are all benefiting from that legacy. I am sure the gifts of her time and caring if her patients will long be remembered.
Comment | Share Posted Sep 04, 2020 at 12:47am via Condolence
JK

Barbara shared a passion for floral design as a member of the Victoria Floral Artists Guild. She was part of our team to build a spectacular Christmas Show design of dried hydrangeas and living flowers in a gorgeous white christmas design. She also participated in floral artistry at Art in the Gardens, at HCP. She was a very giving person and I loved working with her. Her quiet and thoughtful comments were always welcome and her view on life was refreshing. I will miss her.
Comment | Share Posted Sep 02, 2020 at 01:08pm via Condolence