To share your memory on the wall of Lavona Olsen, sign in using one of the following options:

Provide comfort for the family by sending flowers or planting a tree in memory of Lavona Olsen.

Provide comfort for the family of Lavona Olsen with a meaningful gesture of sympathy.

It is with deep & profound sadness we announce the sudden passing of our beloved Lavona Elizabeth Olsen in Victoria, BC, on February 20, 2021 at the age of 61.

It is with deep & profound sadness we announce the sudden passing of our beloved Lavona Elizabeth Olsen in Victoria, BC, on February 20, 2021 at the age of 61.

Lavona lived several lives through her array of employment and always rose to the challenge to excel in everything she did. Her working career began at her godfather’s business, White Tower Pizza & Steak House, and from there she worked various other cooking and serving jobs ultimately ending up at Scott’s Restaurant in downtown Victoria – a place where she served the likes of Alicia Silverstone and Kiefer Sutherland as well as her future husband, Jim. After taking time to raise their two children, Lavona set her sights on new horizons, immersing herself in an array of new possibilities attending Sprott Shaw Community College where she graduated with an administrative assistant certificate with distinction and was valedictorian of her class. From there she sought new horizons again working as a custom framer for several years. She most recently worked as a housekeeper at a retirement home and deeply enjoyed the work that came with helping others. Everyone who knew Lavona said the same thing – that she was a passionate hard worker, who was larger than life and genuinely cared about the people around her, whether she knew you for 5 minutes or 5 decades.

Lavona had an inexhaustible passion for life, a wicked sense of humour, and a gregarious nature that filled the hearts of those around her with joy. She passionately enjoyed cooking, murder mysteries, shopping (with a penchant for costume jewelry), travelling, country music, and yearly trips to Las Vegas.
Lavona was a devoted and loving spouse and mother; she is lovingly survived by her spouse of 33 years, Jim; their daughter Katrina (& her favourite Son-in-Law); and their son Dylan.

A service will be held when it is safe to gather.

Receive notifications about information and event scheduling for Lavona

Print
A service will be held when it is safe to gather. 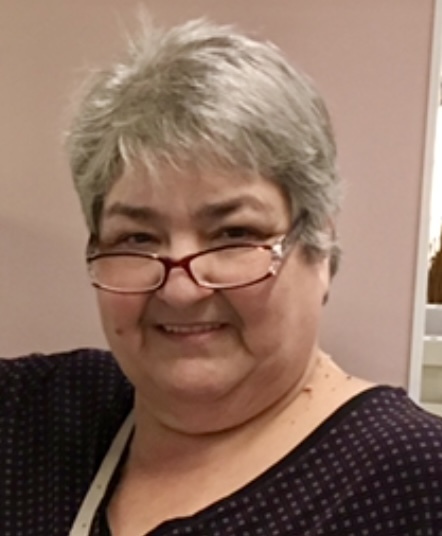 We encourage you to share any memorable photos or stories about Lavona. All tributes placed on and purchased through this memorial website will remain on in perpetuity for generations.

Deeply saddened to read this,Lavona and I shared many stories about Vegas always with a whole heartedly laugh!! She loved her family always talking about all of you!! Rest In Peace Lavona!!
Comment | Share Posted Apr 02, 2021 at 11:26am via Condolence
CB

I was so sad to hear of Lavona’s passing. For years she was my favorite person to have my breaks with at work. She was always so full of stories and she kept up with most new tv shows and movies so I could get her opinions on everything new. And I just loved hearing her and joking with her after a long shift working at Walmart. I loved her then and always will. I can’t imagine how her family is dealing with such a loss, but I know she wouldn’t want anyone to dwell on her passing. She will be missed by so many, including me.
Comment | Share Posted Apr 01, 2021 at 11:34pm via Condolence