To share your memory on the wall of Michael Hughes, sign in using one of the following options:

Provide comfort for the family by sending flowers or planting a tree in memory of Michael Hughes.

Provide comfort for the family of Michael Hughes with a meaningful gesture of sympathy.

After university in Edmonton, Gordon rejoined the RCAF and the family was transferred to England; then North Bay, Ontario; St-Hubert, Quebec and finally Nova Scotia, but upon retirement he returned to live in England with his wife and two youngest children. There, Michael attended high school in Bournemouth and afterwards worked in many different fields, but he had a particular liking and skill for landscaping and building with rocks.

After marrying an English rose, Mike returned to live in British Columbia, and lived first in Quesnel and later on Galiano Island where he remained for nearly 40 years, at Thera and then on South Galiano. Formed using his large dump truck, small excavator and a strong back, Mike's creative handiwork can be seen in the many rock walls and terraces scattered about the island. He loved this work in particular, but was also a jack of many other trades. He was equally comfortable welding, doing carpentry, and messing around under the hood of a vehicle, and often assisted others with his time, skills, ingenuity and can-do attitude. Many stories about his quirky character, adventures—and misadventures—remain among his island acquaintances and family members, as FaceBook can attest.

A cremation will take place in Langford at 2pm on April 2, 2021. Next summer we hope to have a bigger celebration of Mike's life on Galiano to honour this great character of a man.

Receive notifications about information and event scheduling for Michael

Print
A cremation has taken place in Langford at 2pm on April 2, 2021. Next summer we hope to have a bigger celebration of Mike's life on Galiano to honour this great character of a man. 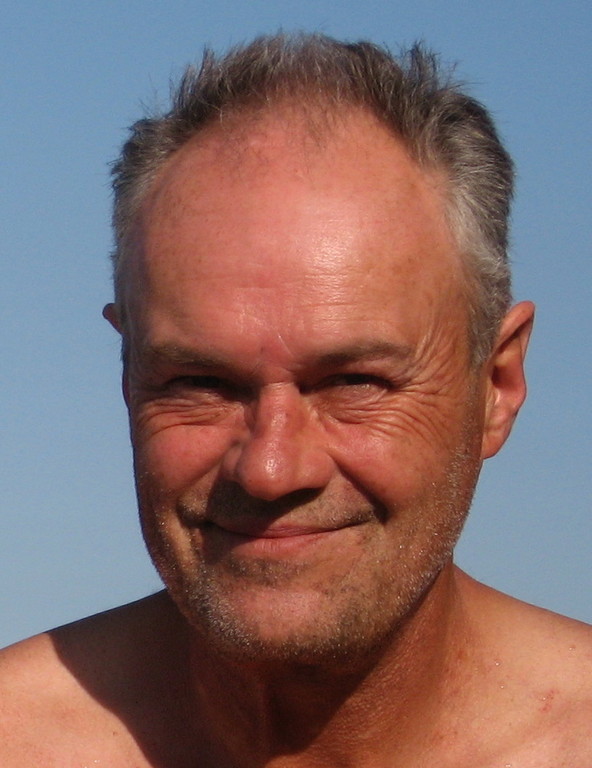 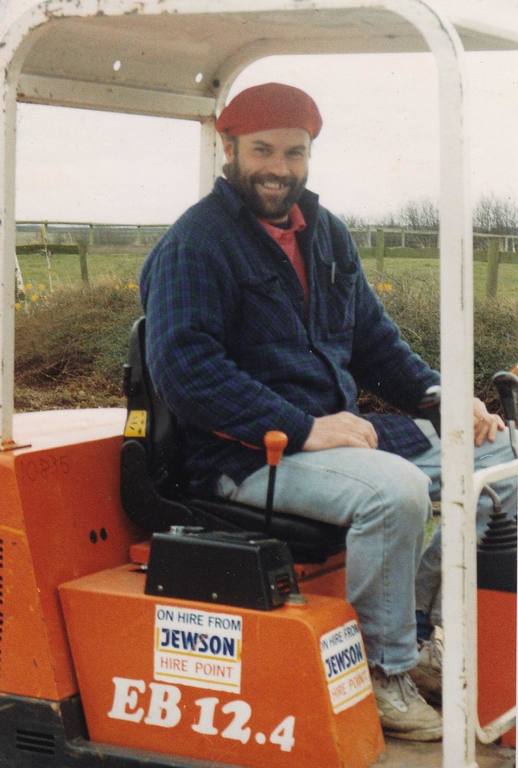 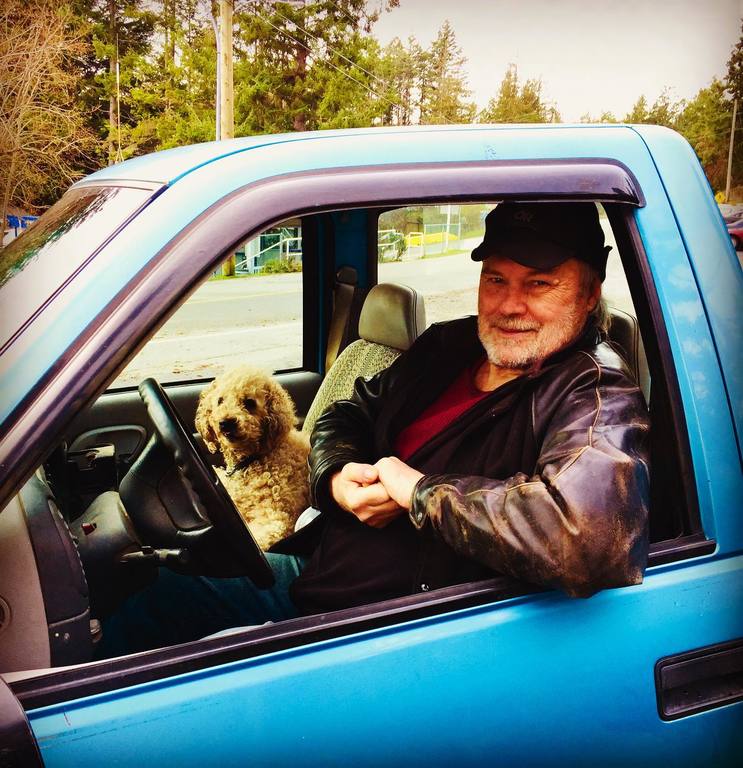 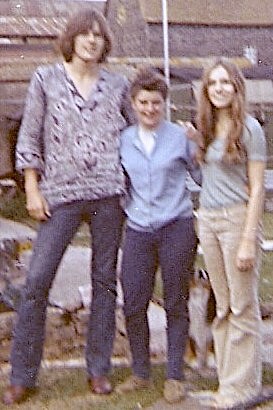 We encourage you to share any memorable photos or stories about Michael. All tributes placed on and purchased through this memorial website will remain on in perpetuity for generations.

Mike and I were very close friends, as teenagers in Dartmouth. I have lived all my life here in Nova Scotia. Mike and Debbie moved on and contact was sadly infrequent. I visited them twice in England in the early seventies and I never saw him again.

I remember him as easy going, easy to talk to, easy to like, quick to laugh and affirming. He was devoted to his little sister, and in this we surely shared.

When Debbie was visiting the maritimes a couple of years ago, we spoke to Mike on FaceTime. It was like picking up the phone with someone you just saw yesterday. I resolved to meet him, face to face, and embrace him in friendship, as we did so frequently, as young men.

That would have happened last September, were it not for the pandemic, which made it impossible for me to travel, for my niece’s wedding, which was being celebrated on Hornby Island. I planned to see my old friend before I returned to Nova Scotia. Sadly, it was not to be. Still, somehow, the memories are all the more precious.

I was especially moved, and grateful, for the pictures of Mike, and his family, on the memorial web site. I remember his parents so well. Debbie informed me that I actually took one of the snap shots on a visit to England. I was not much of a photographer, but I was proud to have made that small contribution.

I know from Debbie that Michael was a spiritual person in his own way. I pray always for him, and for all of you who miss him so dearly. I wish you all peace and consolation in your sorrow.

To Bless the Space Between Us

For those we've lost

As twilight makes a rainbow robe
From the concealed colours of the day
In order for time to stay alive
Within the dark weight of the night,
May we lose no one we love
From the shelter of our hearts.

When we love another heart
And allow it to love us
We journey deep below time
Into that eternal weave
Where nothing unravels.

May we have the grace to see,
Despite the hurt of rupture,
The searing of anger
And the empty disappointment,
That whomever we have loved,
Such love can never quench.

Though a door may be closed,
Closed between us,
May we be able to view
Our lost ones with eyes
Wise with calming grace;
Forgive them the damage
We were left to inherit;
Free ourselves from the chains
Of forlorn resentment;
Bring warmth again to
Where the heart has frozen

In order that beyond the walls
Of our cherished hurt
And chosen distance,
We may be able to
Celebrate the gifts they brought,
Learn and grow from the pain,
And prosper into being different,
Wishing them a peace
From which our spirit can summon
Beauty from its wounded place.


Thinking of you, thinking of Mike. May we lose no one we love from the shelter of our hearts.
May you be well, untroubled, happy.
Comment | Share Posted Apr 03, 2021 at 12:00pm via Condolence
C

To the Triple Gem
And to my kalyaṇamittā
and among them,
to Mike Hughes
The Buddha's inheritance
is enlightenment's imminence
in a lineage of eminence
and unequaled benevolence.
The path that he represents
is walked in full confidence
by disciples of excellence
beyond all comparisons.
To these I make deference
in lines filled with reverence;
to these I make reference
in words of relevance
revealed with elegance
and subsequent eloquence,
wrought by intelligence
for devotional sustenance
devoid of all sentiments,
and warmed in the resonance
of pureness of presence,
of objective experience,
nearing an innocence
in sense-felt incidents
of ephemeral elements.
Sensation and sentience
bear wisdom's developments
when tangible transience,
discerned in severence,
effaces the influence
of imagined invariance,
undoing the inference
of apparent perpetuance,
evincing the evidence
of inconstancy's dominance.
Perceiving the prominence
of continual difference,
with patience and diligence,
persistence and vigilance,
an absence of preference
lets insight take precedence,
lessening our ignorance
of passing's full prevalence,
hindering each hinderance
to purity's continuance;
impeding defilements
and defeating impediments
that obstruct our transcendence
from existence in sufferance.
Change is the provenance
of decisive deliverance;
for freedom is consequence
when clearly one comprehends
that truth has no accidents
and all is impermanence.
Comment | Share Posted Apr 01, 2021 at 08:21pm via Condolence
L

(With apologies to Wendell Berry, who wrote the original)

Do not let your ignorance
Of my spirit's whereabouts dismay
You, or overwhelm your thoughts.
Be careful not to say
Anything too final. Whatever
Is unsure is possible, and life is bigger
Than flesh. Beyond reach of thought
Let imagination figure

Your hope. That will be generous
To me and to yourselves. Why settle
For some know-it-all's despair
When the dead may dance to the fiddle
Hereafter, for all anybody knows?

I may already be heading back,
A new and better man, toward
That island. The thought's unreasonable,
But so is life, however scored.

So treat me, even dead—
An unalterable fact—
As a man who has a place
To go, and something to do.

Admit the native earth
My body is and will be,
Admit its freedom and
Its changeability.

Yes, put me in a little box.
Now leave it in the ground.
But remember me as I was
In the routine daily round.

Beneath this sky a Hughes is planted
In his homeland, as he wanted.
He has come to the gathering of his kin,
Among whom were worthy women and men—
Workers mostly, who lived by hand.
One came as an girl from England,
Another was a prairie boy
Who knew the open grassland's joy.

Remember us all in grateful laughter.
We did our bit. After
Doing what we had to do,
We are at ease. Let all of you
Who yet have life and force and voice
Look on our peace with happiness, and rejoice.


Gonna try and do that, Mikey. Fare well.
Thanks for the memories, and for your great kids.
Brother-in-law, Luke
Comment | Share Posted Apr 01, 2021 at 08:17pm via Condolence
C

The Peace of Wild Things
Written and read by Wendell Berry
Listen
When despair for the world grows in me
and I wake in the night at the least sound
in fear of what my life and my children’s lives may be,
I go and lie down where the wood drake
rests in his beauty on the water, and the great heron feeds.
I come into the peace of wild things
who do not tax their lives with forethought
of grief. I come into the presence of still water.
And I feel above me the day-blind stars
waiting with their light. For a time
I rest in the grace of the world, and am free.
Comment | Share Posted Apr 01, 2021 at 07:28pm via Condolence