To share your memory on the wall of Scott Gertsma, sign in using one of the following options:

Provide comfort for the family by sending flowers or planting a tree in memory of Scott Gertsma.

Provide comfort for the family of Scott Gertsma with a meaningful gesture of sympathy.

"Sooke businessman was known for his charitable work"

t was hard to tell if he was more interested in farm life or sports, this boy Scott Gertsma who c... Read More
Remembering Scott Gertsma
by Elida Peers of the Sooke News Mirror

"Sooke businessman was known for his charitable work"

t was hard to tell if he was more interested in farm life or sports, this boy Scott Gertsma who came into the world at Stettler, Alta., in March 1962, firstborn son to Jackie and Frank Gertsma. When brother Neil came along, they attended Stettler Elementary School and enjoyed being in Cub Scouts, swimming in summer and hockey in winter.

When Scott Sinclair Gertsma reached his teens, his parents bought a quarter-section farm on Alberta’s outskirts, where they nurtured his love of farm life. Attending William E Hay Composite High School, Scott began an initiation into community affairs, joining the student union. He curled and played football with the Stettler Wildcats until he graduated in 1980.

Scott’s next step was to head for the University of Calgary, where he studied economics. He continued on the path of involvement and was elected to the University Student Union board, where he was responsible for a $2-million budget. He went on to sell commercial real estate in Calgary and Edmonton.

When the Gertsma family decided to move to the coast, they came as a group, buying Sooke Home Hardware from George and Betty Beecroft in 1992.

Frank, Jackie and their sons all took part in the store operations and getting to know their new hometown. It wasn’t long before Scott’s generous nature became apparent, and he began participating in community affairs.

Busy as the hardware store was, he soon got to see some of the community’s needs. One of his first projects was the Safe Halloween Committee, where youngsters were encouraged to have fun safely.

When Scott met florist Kelly Keys, she and her three kids became the love of his life; he raised them as his own. Scott took on coaching hockey and football.

As Frank took retirement, sons Scott and Neil took over store management and expanded their business interests throughout the South Island. Scott’s life was pretty full with all his interests; when he couldn’t be found at the store, he’d be at the arena cheering on the kids, or he and Kelly would be walking their dog at the farm he loved, Woodside.

It would be hard to know all the volunteer groups that Scott supported, but they included Sooke Community Association, Sooke Region Museum, the Sooke Fine Arts Show, Sooke Salmon Enhancement Society, Juan de Fuca Salmon Restoration Society, Sooke Lions and the Royal Canadian Legion. Along with Kelly, he worked for the Sooke Fall Fair and Communities in Bloom. Over the years, Scott served on the Economic Development Commission, Sooke Region Tourism Association, and the Sooke Region Chamber of Commerce, where he became president.

“I have known Scott for many years. During my time in charge of the Sooke RCMP and later as mayor, I often sought Scott’s counsel on community issues,” recalled former Sooke mayor Wendal Milne. “He had a real feel for what was going on and helped me understand and better serve Sooke.

“Scott’s sponsorship support of almost every sporting group and the non-profit event was, in my estimate, exceptional. We talked late last year, and I marvelled at how his business could afford this level of community support. He replied that his family had done well in Sooke, and it was important to him to give back. Scott, I will miss your counsel, and Sooke will miss your never-ending support …”

Scott had Scottish roots, and on a trip to Scotland, he ordered a MacLean tartan kilt that stood him in good stead on many of the occasions where he acted as master of ceremonies for Sooke events. Scott’s affection for Woodside Farm led him to sponsor a video production currently being produced by the museum, which records this pioneer B.C. farm’s incredible historical story.

One example of his store’s corporate generosity was the enormous amount of contribution he made to the newly relocated and rebuilt Sooke River Jack Brooks Hatchery, now in operation near the confluence of the Charters and Sooke rivers.

As the youngsters he raised produced grandchildren for him and Kelly, Scott took a vital role in their lives, and none of the grandchildren is likely to forget the many family feasts he cooked for them; preparing food was another of Scott’s talents.

As illness began to rob him of his energy in the last year or two, he was surrounded by care and concern by the family he had given his heart to. Predeceased by his mom, Scott leaves his wife Kelly, his dad Frank, brother Neil (Patty), son Levi, daughter Jikel, daughter Jazmin (Theo), and grandchildren Connor, Coral, Airlie, Kyler, and nephew Nicolas.

Due to COVID-19 pandemic restrictions, the remembrance service held at Woodside Farm was private.

Elida Peers is the historian of the Sooke Region Museum and a longtime friend of Scott Gertsma.

Receive notifications about information and event scheduling for Scott

Print
Private family service with community celebration at a later date. In lieu of flowers, donations to the charity of your choice would be appreciated. 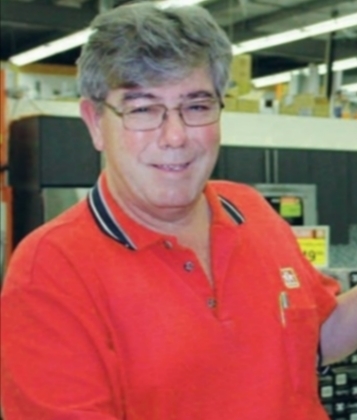 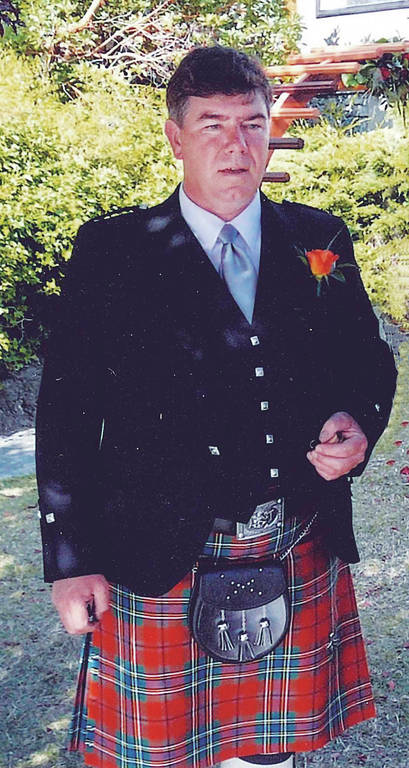 We encourage you to share any memorable photos or stories about Scott. All tributes placed on and purchased through this memorial website will remain on in perpetuity for generations.

I was so saddened and shocked to hear of Scott's passing and my thoughts and prayers are with Kelly and Scott's family. Scott was such a kind and caring man, gentle in his manner and his spirit. He was always offering to lend a hand and I have fond memories of him helping with my "Burma Shave" at Millstream and Highway 1 one very early morning and countless "political" chats at work. Scott will be so missed in any one of his many community roles and as a corporate Sooke businessman. A smile, a touch, a gentle laugh remembered, a voice softly whispered in the wind ... May the memories held deep within your heart help to soothe your spirit at this difficult time and in the days and months ahead (author unknown).
Comment | Share Posted Oct 28, 2020 at 05:20pm via Condolence
RB

My thoughts and support to Scott's family and friends. I grew up with Scott from Grade 1 on and spent lots of my youth and teens with Scott. We had LOTS of good times and memories together and I've been reflecting lots on those good times. Stay positive as Scott would have wanted that.
Comment | Share Posted Oct 27, 2020 at 09:17am via Condolence
GM

I used to work with Scott when Frank had the drilling business in Stettler. We went to Australia together in the early 80’s for a few months. We had a lot of laughs and beer as we made our way around the country. He did most of the driving in the car we bought as he was much more confident on the wrong side of the road than me. I was always amazed at how outgoing and friendly he was, never afraid to talk to anyone. I am shocked that he is gone, my condolence to him family.
Comment | Share Posted Oct 04, 2020 at 04:07pm via Condolence