To share your memory on the wall of Tom Coward, sign in using one of the following options:

Provide comfort for the family by sending flowers or planting a tree in memory of Tom Coward.

Provide comfort for the family of Tom Coward with a meaningful gesture of sympathy.

Tom Coward passed away peacefully with family by his side on February 4, 2020 at the age of 85.

Predeceased by his second wife Irene and daughter-in-law Wendy Coward. He is survived by wife Rosemarie Newberry, children Lynn (Lauri) Steve... Read More
Tom Coward passed away peacefully with family by his side on February 4, 2020 at the age of 85.

Tom was a longtime contractor in Victoria and during his retirement created many wooden hearts for family and friends.

Many thanks to the staff at Saanich Peninsula Hospital, Dr Liebscher and Community Care Coordinator Sandra Myers for their care and compassion during the last few months.

Please note the following service has been cancelled: A Celebration of Life to be held at Juan de Fuca Kinsmen Fieldhouse, 1767 Island Highway, Victoria, BC on May 24, 2020 from 1:00- 4:00. Please check back for updates.

In lieu of flowers donations may be made to Mt Newton Centre Society, 2158 Mt Newton Cross Rd., Saanichton, BC V8M 2B2.

Receive notifications about information and event scheduling for Tom

Print
Please note Tom's service has been cancelled, please check back for updates. In lieu of flowers donations may be made to Mt Newton Centre Society. 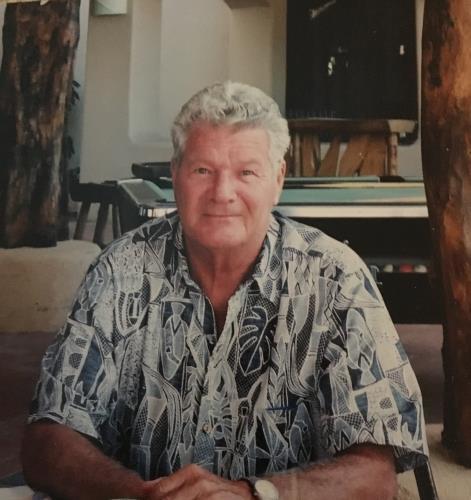 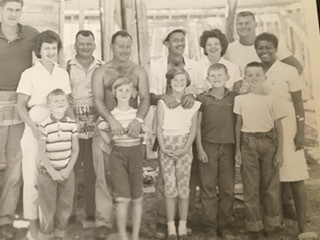 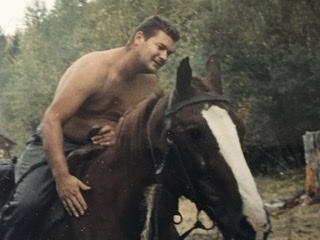 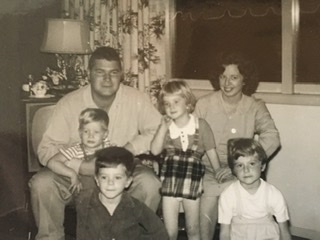 Donations are being accepted for: MOUNT NEWTON CENTRE SOCIETY.

We encourage you to share any memorable photos or stories about Tom. All tributes placed on and purchased through this memorial website will remain on in perpetuity for generations.

1. While Dad was having a nap I decided to paint his fingernails. Well of course I picked a great colour
“bright yellow” oh so pretty. He didn’t realize that his nails were painted until he was getting ready to go out.
Funny how he knew who did it.
2. I went to go start my car to head to work but the battery was dead. Dad offered to help jump start it , what could possibly go wrong. He was never great with vehicles. Well it happened the wires got fried. He ended up getting all new wires thanks Dad.
Comment | Share Posted May 15, 2020 at 05:06pm via Condolence
LS

In 1960 When Tom's brother Bill and his wife Eleanor learned that they were expecting their sixth child and at the time they were living in a small rental, panic set in, "What were they going to do?" Bill pulled himself together, bought a lot on Tipton Ave, drew up some plans, showed them to brother Tom, who promptly viewed them, screwed them up, tossed them and went to work building a safe, warm two story house that was very near finished by the time baby #6 arrived, short of the finishing touches all of the Cowards were moved in when small Diane was only a few months old. Eleanor's pride and joy and much talked about mahogany kitchen cabinets were the talk of the family for many years along with her insulated bread drawer, her brother-in-law had come through for her, the one she had watched grow up since he was ten years old and loved like her own brother.
Tom did all this with four small children of his own and his own house unfinished.

Another year goes by and Tom's father passes away and his mother is left in a position she cannot afford to be in. The two brothers put their heads together, Grams house is sold, another lot on Tipton purchased next to Bill and Eleanor and once again Tom is putting his family aside to build his mother a beautiful small home. Tom worked so hard to make the perfect home for his mother, help from Bill was comical, Bill had no talent like his brother and it was a family joke, no matter how hard Bill tried, he would climb a ladder four times, measure four times, sometimes cut four times and still get it wrong, Tom would watch this, look up, cut what needed, climb the ladder and hammer it in and then give Bill a hard time.Bill was always so proud of Tom's talent.

After several years Bill,Eleanor and Gram sold their beloved homes and moved to Campbell River to purchase a run down restaurant and of course they once again needed Tom's expertise but most for his approval on small jobs around the place.

They had been in business a few years when a small drinks lounge was put in. Tom came for a small weekend visit, he was sitting at the bar and said to Eleanor "I have always wanted to try one of everything, can I do that tonight?" Mother was not too sure about this but she agreed to it, he was staying with them, not driving, it was his headache, so what the heck, remember this was the '70's, the days of Harvey Wallbangers, Screwdrivers, Tom Collins, Tequila Sunrise, Brandy Alexander, so you can imagine how the evening went, I wish I could remember the total count but it really doesn't matter as it was a night to put the memory bank of good times with Tom.

Tom was the best son to his mother and the best brother to his brother and a pretty darn good uncle to us kids. We like to think he has all the time he wants to go hunting now. Rest easy uncle.
Comment | Share Posted May 14, 2020 at 03:49pm via Condolence
L

I was so very sorry to hear of Tom's passing. He has been a very close and cherished friend of our family for many decades and I too, am one of the lucky ones gifted with one of Tom's beautifully crafted wooden hearts. A very fitting symbol of the man he was - a wonderful, caring and kind person. Sending hugs to Romi and all of the family during this difficult time. Know that you are in my thoughts. Tom may be gone, but he will never be forgotten. He was one of a kind. RIP. xo
Comment | Share Posted May 08, 2020 at 04:10pm via Condolence
LS

Sincere Condolences to the Coward family. Tom was one of the most genuine, fair minded, hardworking gentleman I encountered in all my banking years. It was an honour to be counted a friend after my retirement and enjoyed many good times with Irene and Tom. I have my much treasured "Tom Heart" which, since the day I received it holds something very precious to me as was fitting for this wonderful gift from Tom. R.I.P. Tom
Comment | Share Posted Apr 30, 2020 at 08:41pm via Condolence
LS

I miss my friend Tom and will cherish our decades long friendship. Lyn and I are only two of the many lucky recipients of several of "Toms hearts" which hold a place of prominence in our home in Arizona. We thank Tom for bringing Romi into our lives and I will never have a Caesar without him.
Comment | Share Posted Apr 26, 2020 at 08:28pm via Condolence
LS