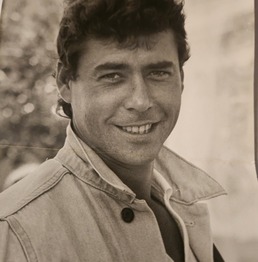 It is with great sadness that we announce the passing of Wilfred Gordon Hathway, April 29, 1959 - October 18, 2022. Wilfred is predeceased by his daughter Nina and his parents, Wilfred Hathway and June Fraser Hathway, and is survived by his son Tobias, his daughter Shayla, and his siblings, Jamie,Karen, and Alison.

He, known to his family and friends as Wilf or Gord, was born in Duncan, British Columbia, but his parents moved back to Saskatoon, where he spent most of his youth growing up. He attended most of his schooling in Saskatoon, where he excelled in athletics such as hockey (he was a huge fan of the Toronto Maple Leafs), football, track-and-field, and basketball. He had a natural gift for most athletics. He also loved golfing and curling.

In his college years, Wilf studied sociology, psychology, and Aboriginal law. He was considered to be very intelligent amongst his peers. He also had a passion for Aboriginal arts and traditions – he practiced smudging and had his own personal sweat lodge. Wilf believed strongly in the power of dream catchers and spiritual awareness.

Wilf had a real talent for music, and mostly played guitar, piano, and harmonica. He especially loved to sing, particularly duets. He started singing before he learned to play any instruments and has sang in his high school choir, university chorus, and in bands. He also loved to read, write, and was an unstoppable force in the game of Scrabble.

In his spare time, Wilf took the time to reach out to his community and tried to help people in need. He also brought a lot of joy to people’s hearts and made many friends through his love of dogs. Wilf’s last days were spent in his sanctuary, his home, within the community that he loved with his beloved dogs Gidget and Gadget and the puppies. He will forever leave a void in everyone’s hearts and we all miss him very much.

A private celebration of life will be held in the near future and we encourage anyone interested in participating to reach out to his son or neighbours through social media. We encourage any and all donations in Wilf’s memory to be made to PAWS - Peoples Animal Welfare Society.